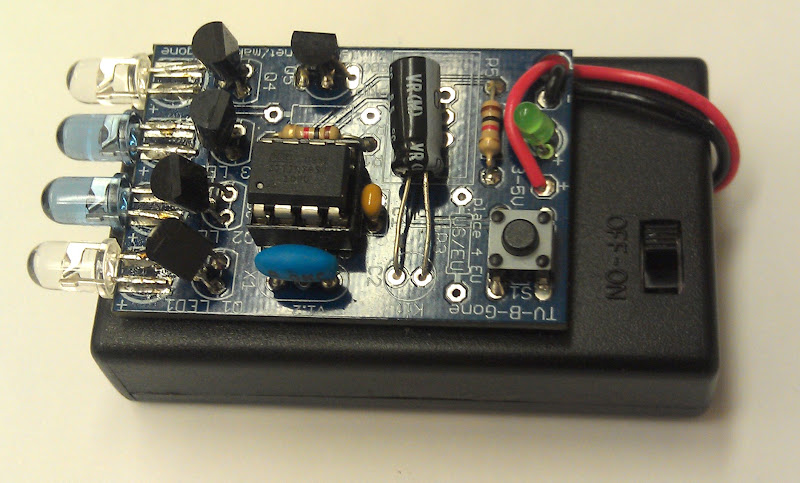 I’ve had a lot of fun with my TV-B-Gone, which I bought direct from Mitch Altman (the inventor) at Maker-Faire RI a couple of years ago. I particularly like turning off the plague of flatscreens at work, and every one I can see through the glass doors in my building!

I have a Nikon D90, and the little IR remote which has been very useful, but is pretty weak. It’s flakey past 5 feet, and you really have to point it right at the front of the camera. I thought, gosh, the TV-B-Gone is AWESOME, and open source, so I set about to make it into a super Nikon remote.

Here’s the 1.2 kit from Adafruit. It’s more powerful because it uses a better design of cascading transistors. 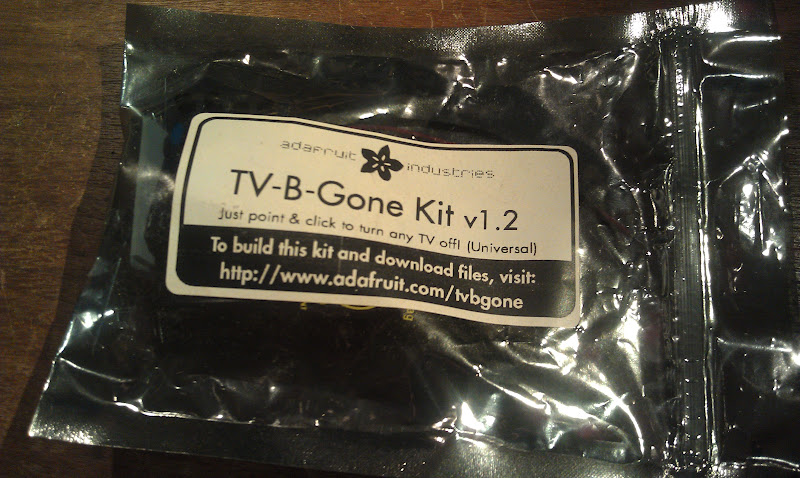 The actual hack took less than a half hour. I found someone else had done the reverse engineering of the timing on the web (http://www.alanmacek.com/nikon/)

The 1.1 software was super easy to translate the timings to. I recently bought a version 1.2 kit (the current version) and ported the software which involved mostly changing the polarity of on/off, and using a single pin instead of two.

The biggest part of this project was assembling all the bits to program. I built a usbtiny (Love it…) and used an extra TV-B-Gone pcb as a minimal target board. 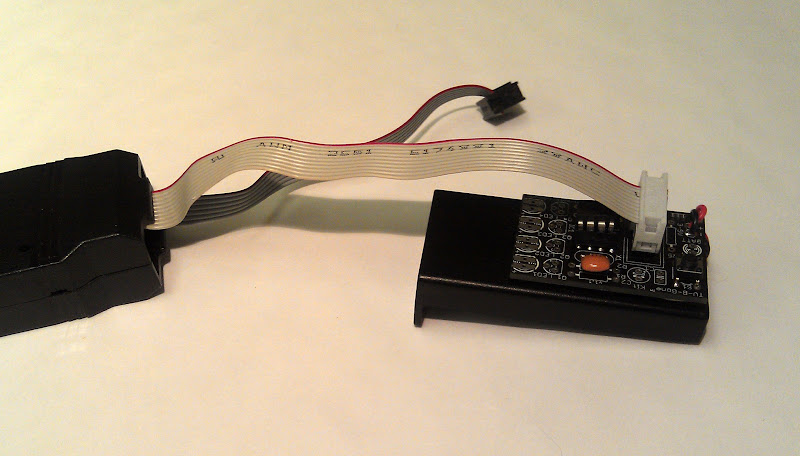 The thing is Awesome! I haven’t tested how far it goes, but it hasn’t failed me yet, and it bounces around any room I’ve tried it in to be far less directional.

Thank you Mitch and Limor! Your code was great, and it was such a thrill to make something I wanted! 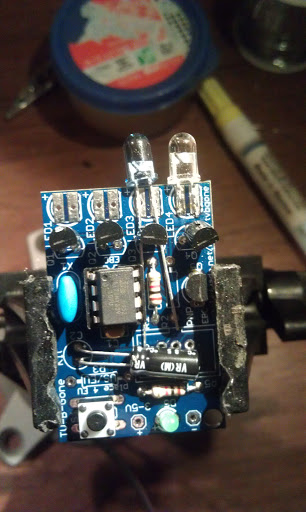 You can download the firmware from github. Now the only problem is switching the chips. The 1.2 version frees up a pin to use as region select, so it is possible to use it as a switch to select between camera remote and tv-b-gone.