We’ve been so busy this season, there’s been little time for extra things. I used to go all out for Halloween, but this year we decided we couldn’t do much more than help the kids with their costumes. Well, this bothered me, and I decided to at least try to do a cool jack-o-lantern.

I’ve mentioned my love affair with EvilMadScientist.com before. They have a ton of quirky, always fun projects. (I’m still trying to convince Joyce we need an eggbot!)

They have a very nice, inexpensive kit to do a “Larson Scanner” which is  a row of LED’s that scan back in forth, like in the Glenn Larson TV shows Knight Rider, and Battlestar Galactica. They also love Halloween, and published a list of their Halloween related projects. The first Cylon Pumpkin they did, was a simple slit in the pumpkin to show off the scanner, but more recently they did this awesome carving:

Now I haven’t carved mine yet, and I wasn’t thinking ahead. It would have been much easier to just order their kit ($13) but I had most of the parts lying around, and I stayed up late laying it out and soldering it (badly) to a proto-board. My local electronics store doesn’t have a very good selection of proto-boards, but they had a cheap (<$3) proto-board laid out like a solderless breadboard. 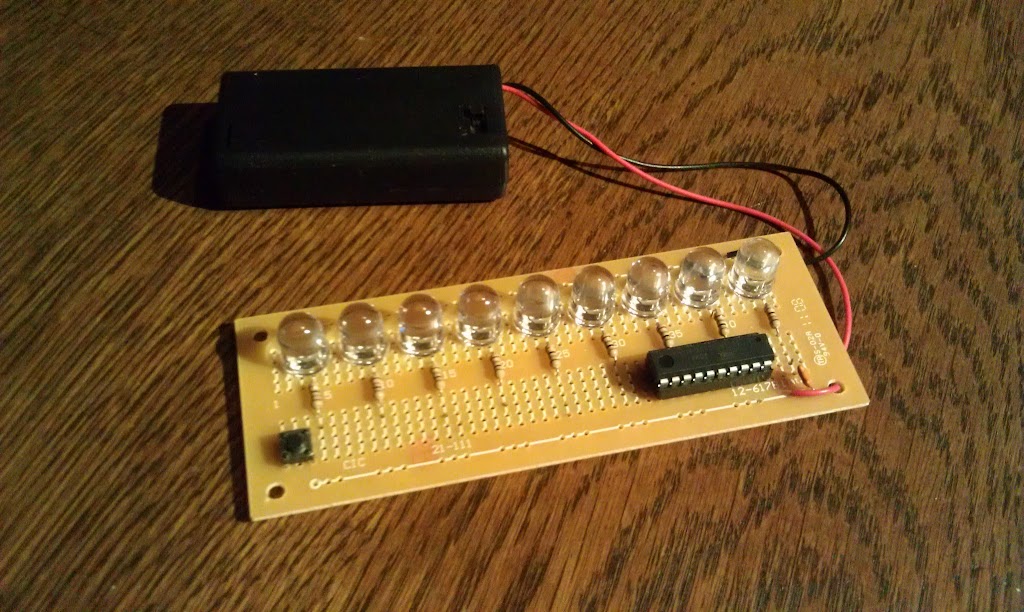 I’m sure this is old hat to most folks, but I realized that I could squeeze the IC in, not in the middle where it’s supposed to go, but toward one side by cutting the traces between the rows of pins for the socket.

I didn’t want wires on the front, so I tacked them from the back, and that was hard, and a little messy, as it’s very cramped especially in the middle of the attiny micro. 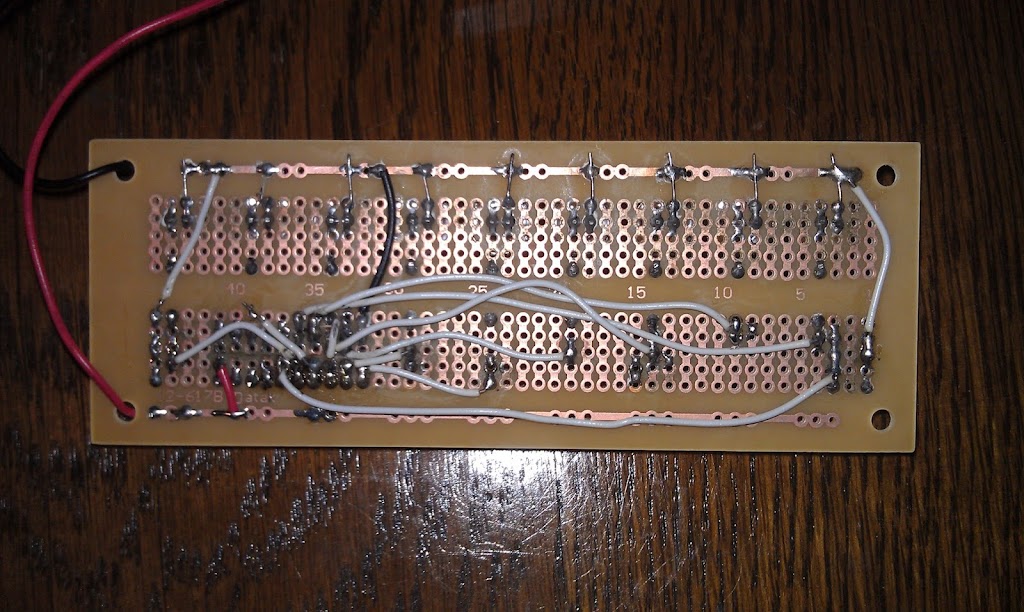 Once again, this whole project wouldn’t have been possible without my adafruit usbtiny ISP programmer. I used an Evil Mad Scientist minimal target board to program the chip.

EMSL’s code is a thing of beauty and a lot can be learned by studying it. Hopefully I’ll be back after tomorrow night with pictures of the finished Cylon-O-Lantern.