Lot’s of people are excited about the Raspberry Pi®, a complete computer for $25 (or $35 with ethernet).
The initial shipment is entirely sold out, and there are 200,000 more on order. Lots of people have been saying that this is the end of the Arduino, as it’s about the same cost, a full linux system with keyboard, mouse, and hdmi video output.

I think this is an oversimplification. Arduino is fantastic at interfacing to the physical world in a way that no linux (or Windows) PC could hope to approach at any cost.

The Pi does have a GPIO connector, but it pales in comparison to the humble Arduino. No built in PWM (servos anyone?) and no Analog to digital conversion.

Why throw the baby out with the bathwater? How about some delicious ice cream with your Raspberry Pi? 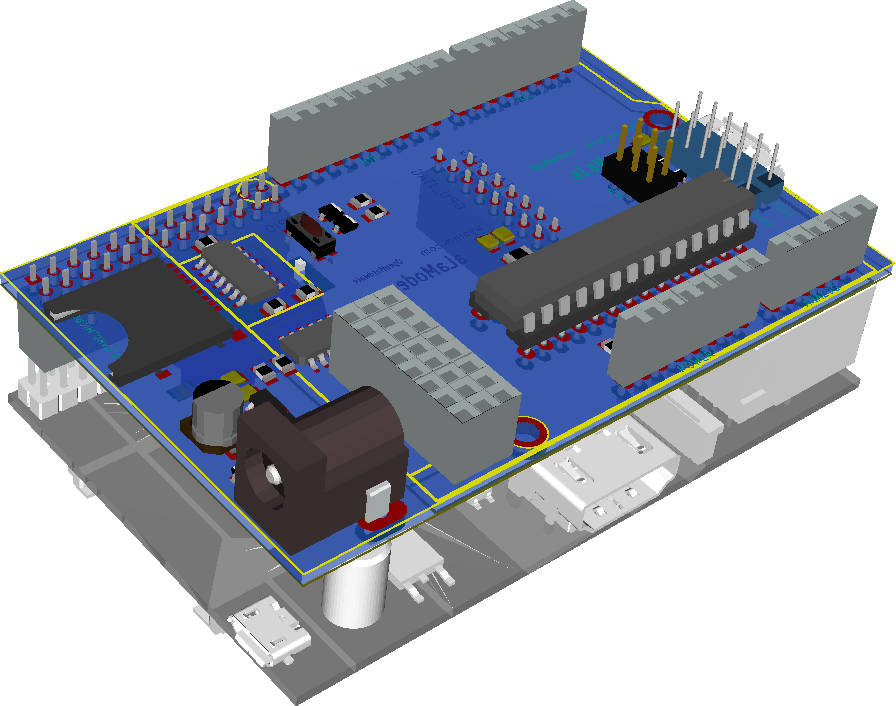 As a member of the amazing Open Source Hardare collective Wyolum.com,  I’m working with Justin Shaw and  Anool Mahidharia on “à la mode”: an Arduino clone specifically for the Raspberry Pi (That rendering above is courtesy of our  fabulous  EE  Anool) . You can of course connect an Arduino to a Pi USB port, but when you want a turnkey solution, how about an Arduino compatible “plate” (what the Pi folks call shields) that fits right on top of the Raspberry Pi.

You can plug your existing shields right in,  and you can even run the Arduino IDE on the Pi. Since the Pi’s core mission is to provide equal access to computing to all children, this will also give the kids the opportunity to mix it up “Arduino-style” with real world hardware.

We couldn’t have a vanilla add-on, so we added:

We’re sending off for prototype boards soon, so if you have feedback, let us know! Join the conversation at the Wyolum.com forums.