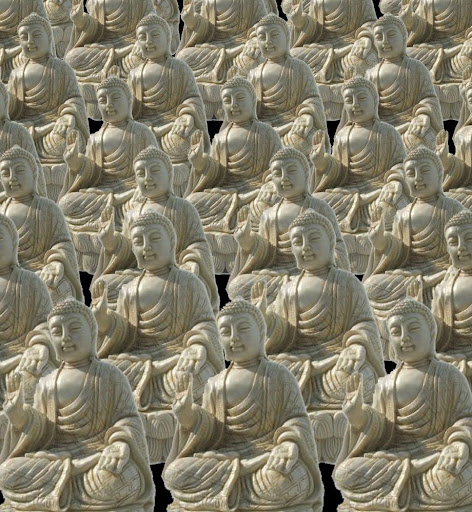 I’ve been looking for a fun art project for a while. I came up with an idea that is probably silly, but I think it might just be fun.
I’ve ordered a latex Buddha mold and am planning on making 108 Buddhas. The original vision that prompted this was a large number of Buddhas stretching out to infinity. Also, I was thinking of my 365 self portrait project where I was doing something everyday. Everyday is a bit stressful at the current time, but I do like the idea of working fairly consistently but with variety. A couple of thoughts were to make an ice Buddha (for impermanence), different materials (plaster, resin, dirt) and trying to tie them in to various dharma concepts. I think it will probably take about a week per Buddha, and there will probably be a few failures that won’t make it into the set. I can think of about 5-10 variations right now, but that’s far short of 108, so it should be interesting and very challenging. I also think it would be fun to invite others to do Buddha images, paintings, sculptures and whatever, and share them on a flickr group.
I have a few more details in mind that I’ll share later, but wanted to know what people think?