(A tale of woe, intrigue and false economy…)

What’s Wrong with this Picture? 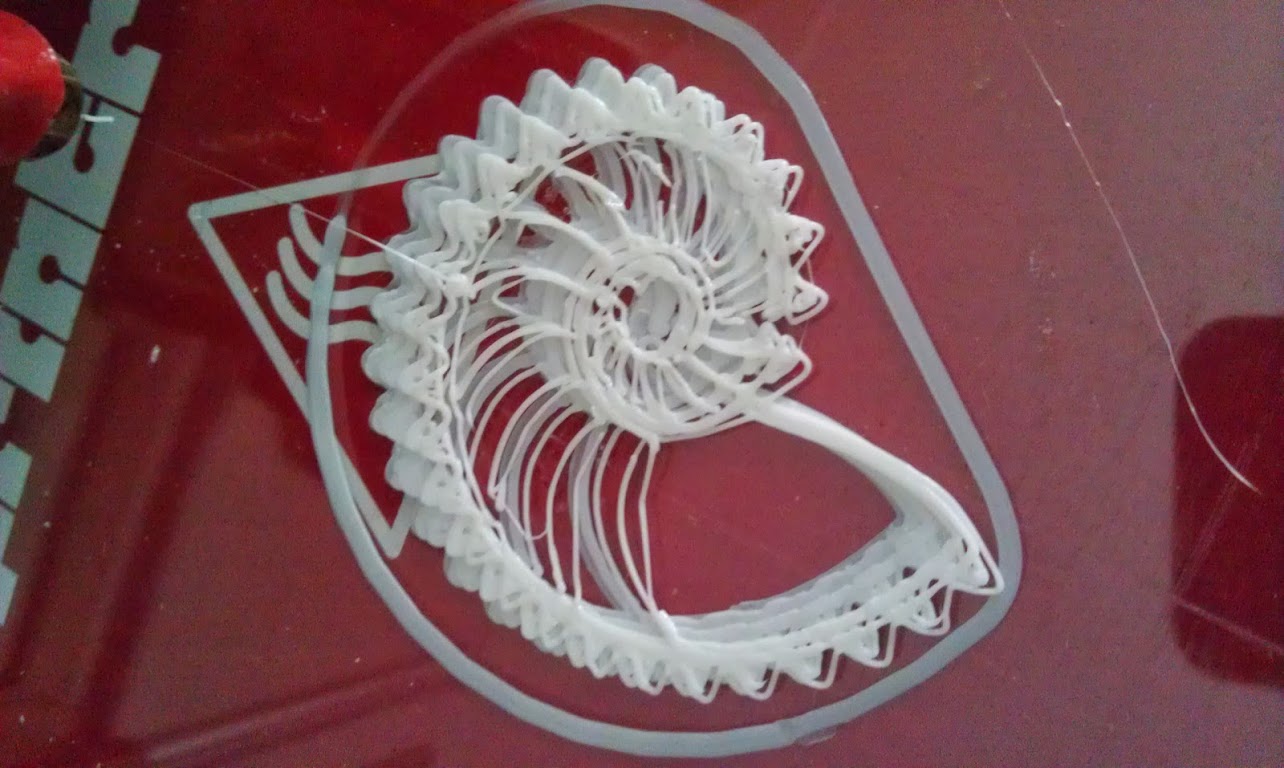 After many hours of tweaking and fiddling, I was finally getting decent prints out of my first generation printrbot plus that I got used from a friend. I learned a lot about filament quality, differences in materials and the importance of bed levelling. I bought and installed a bed leveller upgrade from Printrbot.com, and printed and installed some belt tensioners.

I got a couple of good prints and then pow, every couple of rows would be offset! But my belts were tight!?! ARGH! I took the Y axis apart and found this: 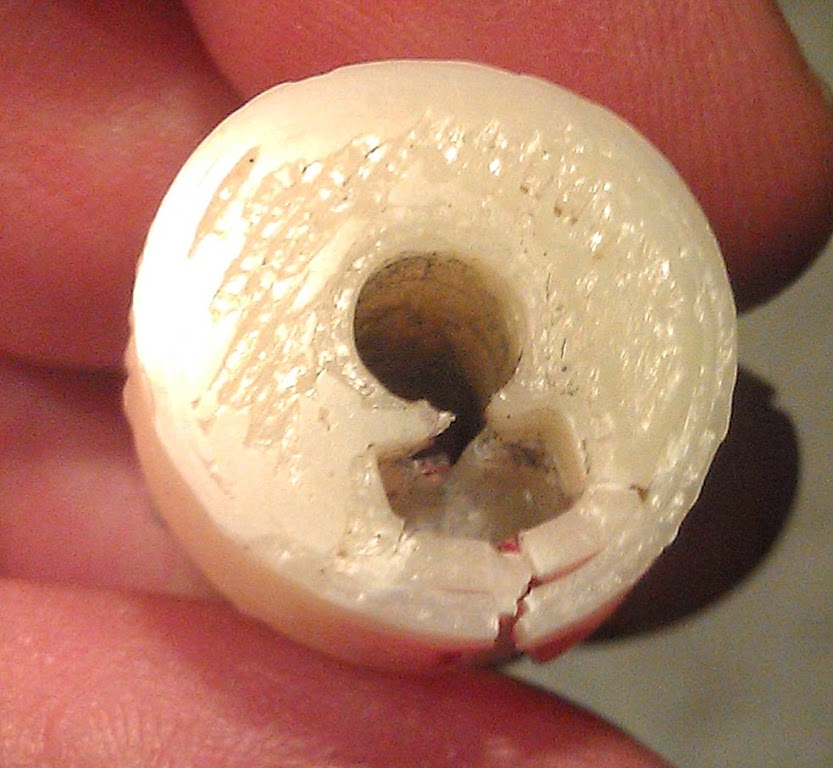 The 3D printed pulley broke right at the set screw/nut retension. It would go with the flow when moving slowly, but a rapid move to start the next layer would cause it to slip. I read a bunch of  forum postings, and while there was a “new and improved injection molded replacement” available at printrbot.com, I decided to try and “upgrade” to GT2 belts and pulleys. While the jury is still out on whether or not they actually give you higher resolution, it’s clear that aluminum is probably better than 3d Printed plastic. (or so I thought…) So I ordered two pulleys and a belt off of ebay. It was $20 bucks, and there was enough belt to do both the X and Y axis, it was a US shipper and to their credit it did arrive very quickly. I replaced the Y pulley and belt. I had a bit of trouble tightening the really small grub screws (1.5mm hex socket) but soon I was printing pretty again! For about a day. Well that trouble I had was real, I couldn’t seem to get the screws in far enough to really engage with the Key in the shaft of my motor.  I tried tightening and reassembling, could print ok for a day or two, then I had to do it all over again! When I took it off, I noticed that the grub screw was also made out of aluminum and the hex recess was not a thing of beauty anymore. I managed to get it off, and started to think I needed to find  a quality replacement.

I don’t usually think of Adafruit as a place for mechanical parts but I do know them as selecting the best stuff. I also noticed that they were carrying some CNC components. By now I was very frustrated, and in a hurry, I remembered my local electronics store (YouDoitElectronics) carried a number of Adafruit items, so I went there and bought the last 5mm bore GT2 20 tooth pulley: This was clearly a higher quality part and also a larger diameter, which I think will also help with the slipping (it still fits fine. Adafruit sells a larger one that I think you’d have to redo the belt guides to make it fit.) The grub screws are bigger (2 mm hex recess) which seemed to accept my hex key snugly and had no problem going nice and tight on the shaft. While time will tell, I’m very encouraged that this time I actually made the right decision. After recalibrating Y (as I said, different diameter and number of teeth) I’m printing reliably again. I’m going to put another one in my next Adafruit order and finally replace the X axis (though I’m not currently having any problems.)

By the way, I ran into Brook Drumm (Printrbot Inventor) at the Open Hardware Summit, and related my woes (before I found the Adafruit gear, and while I was temporarily experiencing GT2 bliss) . He sympathized and said he wished when he started out he used at least injection molded gears/pulleys. Current model printrbots do not use 3D printed pulleys.