I attended a meetup of HackBoston, run by Abby Fichtner (HackerChick) from the Harvard Innovation lab. Project 11’s Reed Sturtevant wanted to learn more about Cryptocurrency, so he started experimenting and shared the basics with us at the meetup.

Most people have heard of BitCoin, but Reed shared that it’s so hard to mine now, it’s very difficult to experiment without putting in real money. He found DogeCoin as a fun, and lighthearted alternative. Often used as a +1 or like tipping system for blogs and on social networks.

Pre-work was to set up wallets before the meeting, as they take time (about 5 hours) to synch with the network.

We each recieved 2000 dogecoin at the beginning of the meetup. Then we learned the basics of how to use addresses (essentially the destination of coin transfers. We transferred money to each other.

While doing this Reed went over the basics of cryptocurrency, which I won’t cover here, but the wikipedia article covers it pretty well.

We also created accounts at tipdoge.info which lets you send DOGE via twitter. (feel free to tip @osbock)!

If you read the wikipedia article, you know that transactions are verified by a cloud of contributers performing cryptographic checks distributed across the Internet. “Miners” are rewarded both through the creation of new “coin” (which slows) and the distribution of transaction fees. Without special hardware, your chance of winning a race to solve the puzzle that is a cryptocurrency transaction is minimal, so mining pools were created to distribute the work and the reward.

We created accounts on the mining pool site dogehouse.org, created workers (essentially addresses within the pool for your mining processes to communicate) and downloaded and configured mining software.

I recently got a nice “gaming” laptop from Lenovo, because it offered very good price performance, plus it has an Nvidia graphics card which I wanted for computer vision experiments.

Because Nvidia graphics cards contain many parallel processing cores, and Nvidia has released an API that allows their use for general purpose parallel computing, they are often employed for mining.

Following instructions from dogehouse.org, I set up cudaminer (cuda is what Nvidia calls their processing cores) and another instance running the pooling cpu-miner to take advantage of the native cpu cores of my laptop’s i7.

Each mining process (cudaminer and pooling-cpu-miner) were configured to report to a “worker” setup at dogehouse.org.

I then mined overnight to determine:

Using an exchange rate, I converted into dollars to see if I could mine more doge than the electricity cost.

I could invest in a fancy graphics card and dedicate a computer, but I imagine it would cost even more electricity.  So, I would say  overall, a negative return on investment.

This apparently became the case for bitcoin as well, until people developed specialized hardware that gives a high H/s rate at low electricity usage, first using FPGA’s and then specialized ASICS (Application Specific IC’s). Doge uses a different Hash algorithm than Bitcoin, so you can’t use the now ubiquitous ASIC mining equipment optimized for the SHA 256 algorithm. There’s a new ASIC to be released soon that supports Doge’s (and litecoin, and others) Scrypt algorithm, and by extending my calculations, the cheapest of these devices ($119) would pay for itself in 3 or 4 months. 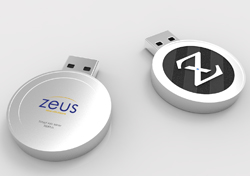 I’m going to try to get one to see. Of course, all these calculations are based on assumptions of stability (exchange rate, mining rate etc.) which are completely unreasonable. Still it’s fun to try!